December 2019 – Christmas Around the World

We journeyed around the world in song from the islands to Africa, Wales, Austria and everywhere in between.

We had a great time re-living some of the best songs that Broadway has to offer.  We covered all the years from 1904 thru current. 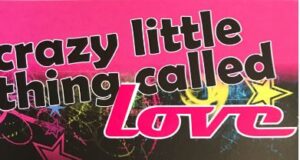 We had a blast at our high school reunion taking us back into the 1980s!  Crazy clothes and crazy songs!

We hope that you enjoyed our trip thru the fantasyland of Moz where the Chorus discovered the true meaning of family and friendship while meeting fantastical beings.

Thanks for joining us as we celebrated our country’s patriotic history thru song, video and readings.

We hope that you enjoyed the trip “From Rags to Riches” as much as we enjoyed singing and dancing our way through songs from the Great American Songbook.

Thanks for joining us in some of our favorite holiday songs and a bit of Chorus history!

Thanks for coming to summer camp – Chorus style! We laughed, sang happy songs and danced our way through camp on June 5th, 6th and 7th.

Thanks for joining us as we performed a variety of seasonal songs that got you in the mood for Christmas! We sang and danced our way from classical favorites to cartoon classics with our Elves in Training.

Come join us as we ‘Follow the Star’ to Bethlehem and to the North
Pole. We performed at the Peggy R. McConnell Arts Center
of Worthington at 777 Evening Street on Saturday, December 7, 2013 at 1:30pm
and 4:00pm.

A group of aspiring performers try to make it to the big curtain! We performed at the Peggy R. McConnell Arts Center of Worthington at 777 Evening Street on June 7th, 8th, and 9th.

We had a blast performing our Fall 2012 show, “Radio & HoHoHo!”, and we hope you enjoyed the radio programs from the 1940’s as well as the classic Christmas tunes.
Thanks to everyone who gave us their patronage and helped in the production of the show. We look forward to seeing you all again at our Spring 2013 show!

Thank you to everyone who came to our Spring 2012 show, “Sing City, Las Vegas!” We were amazed with the performances of our 15 Elvises. Who knew that some of our basses and tenors had those moves?! Watch Jailhouse Rock

WORTHINGTON CHORUS IS BACK

We are excited to announce the return of our Spring 2022 season! We will be performing “A Night at the Oscars”. Practices will begin January 9th. We are still recruiting new singers.

Learn how to join the chorus »